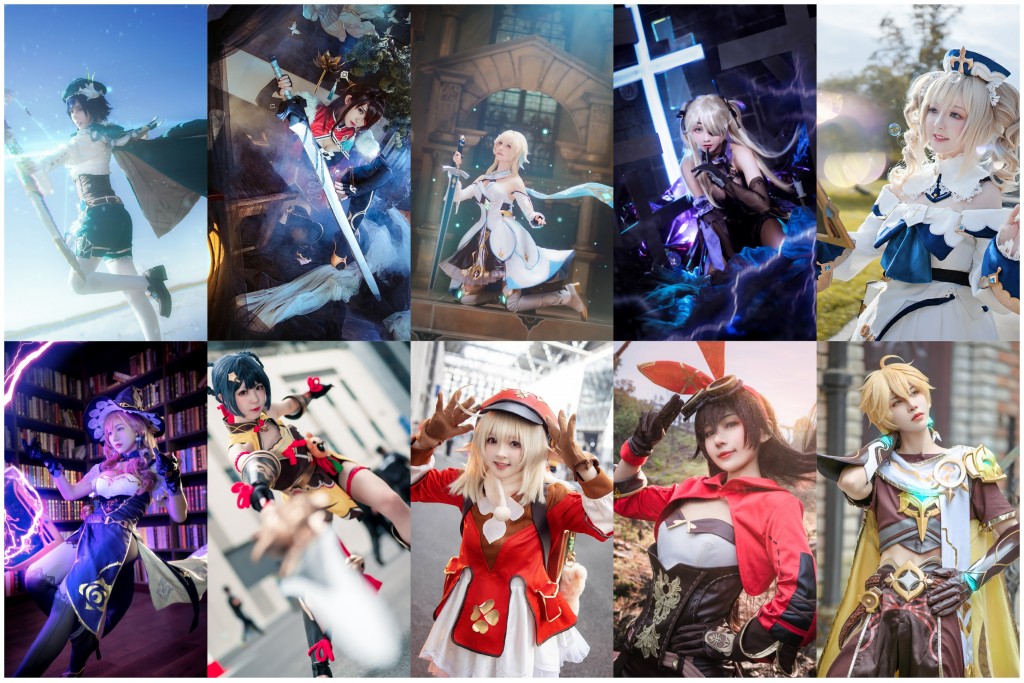 1. Lisa: She is one of most popular characters from Genshin Impact. She is a librarian of the Knights of Favonius, beautiful and smart. She is also known as Rose Witch.

2. Jean: She is known as Dandelion Knight and is the Acting Grand Master of the Knights. She is trying and independent.

3. Amber: She is the only Outrier of the Knights of Favonius, perky and straightforward. Amber is always ready for any challenging tasks.

4. Fischl: She calles herself “Prinzessin der Verurteilung”. She is a mysterious girl who serves as an investigator in the Adventurers’ Guild.

5. Kaeya: He is Cavalry Captain of the Knights of Favoinus. As the most trusted aide for the Acting Grand Master Jean, he can always solve any intractable problems.

6. Barbara: She is the Shining Idol, loved by the people of Mondstadt. She is is the Deaconess of the Favonius Church.

7. Venti: He looks like a young boy, but in fact he is the builder of Mondstadt. He appears as a bard.

8. Klee: Spark Knight, Klee always appears with a bang and a flash.

9. Xiangling: She is the Head Chef at the Wanmin Restaurant. Although she is young, Xiangling is a true master of the culinary arts with all the skills of a kitchen veteran.

10. Beidou: She is the captain of the Crux. She can split the mightiest of sea beasts all in two.

What’s your cosplay plan of the characters from Genshin Impact?

More information about us: